Subsidiary boards – it’s not that simple

Posted at 09:00h in Risk Management by Independent Audit
0 Likes 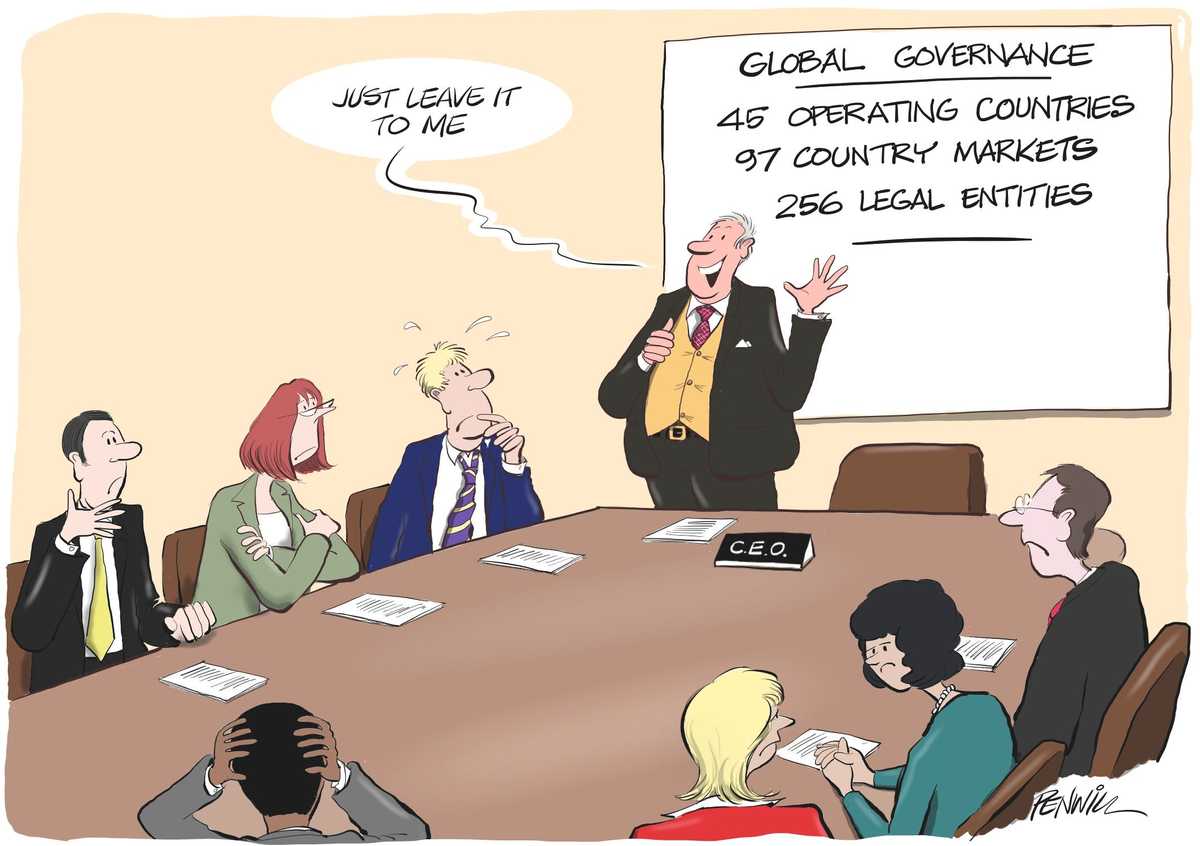 If something goes wrong, it’s often in one of the outposts.  But all too often the effectiveness of governance in subsidiary companies can be something of an afterthought.  For many businesses it has simply developed over time without any great coherence, as entities get added or organisations are restructured.  For non-financial services that’s usually because the control is expected to be through the management lines. For regulated groups, the subsidiary governance is often driven by the regulator – but that doesn’t mean to say the governance relationships are as useful as they might be.

So here are a few thoughts on what you might want to think through.  They’re mostly from the perspective of a regulated group – but we’re seeing interest rising in other businesses as well.  Often there’s an opportunity to get more out of local governance, regardless of the regulatory context.

Look at your overall structure and think through the risks and opportunities from a governance perspective.  What are the responsibilities of the various entities and how are they controlled?  Are these responsibilities solely around local legal and regulatory compliance, tax and/or accounting – and if so, what are the related risks?  Or are they part of the group’s governance, control risk management framework?

Failing to understand why the structure is what it is – or, worse, not even looking at it in the first place. A board – and each director – should have a clear (or at least clearish) view of what is in place and why. And it should then be thinking through the governance and control implications, the fit with the group management structure, the risks for overall group governance and the opportunities to get more out of subsidiary governance.

Think through the specific role of subsidiary governance bodies.  There will be a board of directors, so what do you want them to do apart from rubber-stamp the formalities?  There may be an audit (and risk) committee – what’s it there for?

Just assuming that they are there simply to sign off on statutory documents and to deal with legal regulatory compliance.  That may well be their purpose, but increasingly the local regulators are expecting subsidiary governance to do more.  The role and the group expectations need to be clearly understood.

Think about the opportunities subsidiary governance bodies might bring. Can they be used to give that extra bit of assurance or local insight that might complement the local management view?

Dismissing subsidiary governance as a parallel process which might conflict with management control. It isn’t and it needn’t. If this is a concern, it means governance hasn’t been properly understood. And if subsidiary governance is kept in a procedural box, you’re likely to be incurring the cost of local governance structures without getting much benefit from them. It should be a questioning of maximising value rather than minimising cost – after all, much of the cost is fixed and unavoidable, so you might as well get the most from it.

Ascertain if there is any assurance that can flow up to group level.  A local audit committee that’s doing a half-decent job will be seeking to ensure it’s receiving sufficient assurance for local purposes and a group-centred view of the three lines of defence won’t be enough.  And it will be providing challenge with the added benefit of local knowledge – so that should help group level oversight.

Forgetting that locally accountable governance bodies need their own three lines of defence.  If they’re starved of resources, not only are they left feeling exposed, but the group won’t be getting proper benefit from their work.

If there is reliance on the subsidiary boards (or committees), think through how far this can be used to strengthen assurance for the group board and committees and how far any reliance would be justifiable.

Working off the assumption that the subsidiary board is effective.  How do you know?  Especially if there are no fully independent directors, how far can you assume that the oversight is really bringing objective insight and challenge?

Work out which “effectiveness factors” actually matter for a subsidiary board.  Is some independent membership required? Would it be beneficial anyway?  Do “G-NEDs” – non-executive directors who are executives elsewhere in the group – really bring what you need?  Does the mix of directors bring the right experience?  Are they getting information to enable effective oversight or are they being led into the wrong sort of discussion by detailed management information?  Getting all this right will come back to the question of purpose: does everyone understand what they are there for?

Just assuming that a subsidiary board knows what it’s doing and can get on with it.  That might be so if its remit is just to rubberstamp management decisions.  But if expectations of it go further than this, it takes some time and trouble to figure out what the board needs if it is to meet those expectations effectively.  And don’t assume that the Governance Code or regulatory guidance will help.  They have been written for the ultimate parent boards, not for subsidiaries, and careful interpretation is needed in areas such as strategy, risk appetite, executive appointment and remuneration, intra-group service provision and internal and external audit.

If a board’s purpose is anything more than purely procedural, think through how you are going to assess “effectiveness” in the role – especially if the group board or audit committee wants to take any comfort from its work.

Seeing the subsidiary directors as a detached and peripheral group who can look after their own effectiveness. Or simply relying on management assurances that “they work OK”. Or assuming that the internal auditors understand the complexities of board relationships well enough to be able to pass judgement – sometimes they do, but not always.

Try to understand the position from the subsidiary board’s viewpoint. Working at that level is different: the board is probably having to work within group-dictated strategies, risk appetites, policy frameworks, remuneration policies, assurance structures…  And the fit with the overall group governance framework can often be pretty opaque.

Assuming “effectiveness” means the same as at group board level. (We’ve often seen “effectiveness questionnaires” that ask wholly misguided questions since they work off this false assumption.)  The governance role is different so many of the “effectiveness” angles will be too.

Recognise the possible need for diversity across the global business. What might be needed – or impact effectiveness – in one entity might not apply in the same way to others.

Imposing a “one size fits all” approach. Yes, some uniformity of standards will be sensible – but you also need to listen to the local view of what’s needed and what works well.

Ready to speak to a board evaluation specialist?

Learn how we help boards to become more effective and have a bigger impact on strategic performance.